Blog - Latest News
You are here: Home1 / Around the Web2 / Mental Health3 / ‘A lot of Them Were Really Struggling’: How Illinois and Northwestern Are... 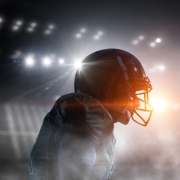 Abbie Wolf remembers being pulled into the film room with her teammates in mid-March for a meeting. Northwestern was preparing for a deep run into the NCAA women’s basketball tournament.

But a few minutes later, the team’s dreams of a national championship were shattered. The NCAA announced on March 12 that the tournament — along with all other winter and spring sports — would be canceled because of coronavirus concerns.

For Wolf, the sudden change was jarring. She was just reaching the peak of her basketball career: Against in-state rival Illinois weeks earlier, Wolf had scored 21 points and grabbed nine rebounds — in a game that happened to fall on her senior day — en route to a Big Ten regular-season title.

Despite the team’s early exit in the Big Ten Tournament, Wolf looked forward to one last ride with her teammates. But as quickly as the NCAA’s announcement made its way across the country, her college basketball career was over.