Blog - Latest News
You are here: Home / Around the Web / Insurance / Another 1.5 Million US Workers File For Unemployment Insurance 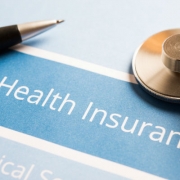 New jobless claims have been in the millions each week for over three months.

While new weekly unemployment filings have been slowly decreasing since peaking in late March, they have remained at historically high levels for over three months.