Blog - Latest News
You are here: Home / Around the Web / Business / As Small Businesses Await New US Aid, It’s Too Late For Some 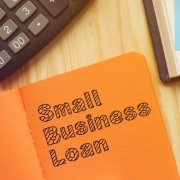 NEW YORK (AP) — Clay Reynolds is starting to make peace with a gut-wrenching reality: He may have to once again close his business, Arrichion Hot Yoga and Circuit Training.

The $900 billion pandemic relief package that Congress has just approved contains billions in aid directed specifically at struggling small companies like Reynolds’. Arrichion received a loan last spring from the government’s earlier economic aid program. But Reynolds, a co-owner, needs another. Business was down 75% in the third quarter. The fourth quarter will likely be worse.

Like other independent fitness studios and gyms, his has lost many longtime members who feared working out alongside others indoors or don’t want to wear a mask while exercising. And after being forced to close during the spring, Reynolds worries that the surge in virus cases will bring new government restrictions.

More Than 2,900 Health Care Workers Died This Year — And the Government Barely...
Scroll to top