Blog - Latest News
You are here: Home1 / Around the Web2 / Biotech3 / Bharat Biotech’s Covaxin may provide Covid-19 immunity for 12 months 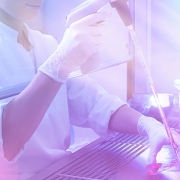 All India Institute of Medical Sciences (AIIMS) said that Bharat Biotech’s Covid-19 vaccine, Covaxin, may provide immunity against the disease for nine to 12 months, as per the mathematical calculations.

Covaxin’s approval in India faced criticism, especially when used for inoculating healthcare workers during Phase I of the vaccination drive, IANS reported.

The vaccine approval came even before the release of Phase III trial data.

“The vaccine is being given to lakhs of people, and there are hardly any serious side-effects. No death has been caused by Covaxin so far.”

A drug regulator gives approval if the efficacy of the drug is more than 50%, which was the case for Covaxin.