Blog - Latest News
You are here: Home1 / Around the Web2 / Government3 / Big Government Is Set for a Rerun With Biden’s Economic Plan 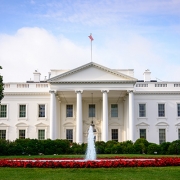 Big government is back.

Over the past 14 months, Congress passed three pandemic-relief packages that injected almost $5 trillion into the economy. The president, according to his latest plan unveiled Wednesday, will make the case for an additional $1.8 trillion in spending and tax credits on initiatives from education and child care to paid family and medical leave.