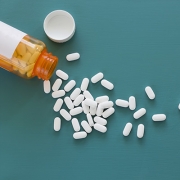 SAN FRANCISCO (CN) — In a case that will determine if cities across the nation can sue drugmakers, distributors and pharmacies on civil conspiracy claims related to the opioid crisis, a lawyer told a federal judge Thursday that drug users, not licensed sellers, are the ones to blame for San Francisco’s opioid problems.

“The persons most directly responsible for the city’s harms are the users who illicitly injected heroin and then disposed their needles in a way that caused the city’s expense,” McKesson Corporation attorney Christian Pistilli of Covington & Burling argued in a virtual court hearing Thursday.