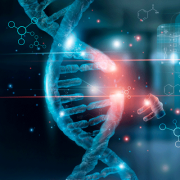 Scientists are rewriting the code of life with a new technology that promises to cure inherited diseases by precisely correcting genetic typos. Known as base editing, the technology empowers researchers to pick a single letter amongst the three billion that compose the human genome, erase it, and write a new letter in its place.

Base editing is an updated version of the gene editing tool CRISPR, which has revolutionized life sciences research and is making strides in treating genetic blood and liver diseases. But some scientists think base editing, sometimes billed as CRISPR 2.0, could be safer and more precise than the original. And this summer, the sequel technology is being used in patients for the first time. read more