Blog - Latest News
You are here: Home1 / Around the Web2 / Pharma3 / By looking the other way, pharma money helped fuel a toxic political atmosphere... 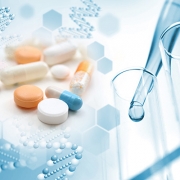 As the impeachment trial for former President Trump plays out, the pharmaceutical industry can thank itself for playing a role — albeit, a small one — in this unseemly national spectacle.

Why do I say that? Let’s connect some dots.

During the previous two election cycles, the industry donated more than $2.4 million to the Republican Attorneys General Association, which made campaign contributions to the Texas attorney general who filed a lawsuit challenging results from the presidential election in several states. The association also funded attorneys general from 11 other states who supported the effort.