You are here: Home1 / Around the Web2 / Insurance 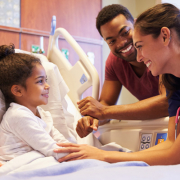 In an effort to improve healthcare access, the Biden Administration has proposed a new rule that would overhaul the enrollment processes for Medicaid, the Children’s Health Insurance Program (CHIP), and Basic Health Programs (BHPs), and eliminate what it considers arbitrary coverage caps for children in CHIP.

In a Notice of Proposed Rule Making, the Department of Health and Human Services, through the Centers for Medicare and Medicaid Services, is working to reduce red tape and simplify application and verification processes in a bid to make it easier for children, older adults and people with lower incomes with Medicaid and CHIP coverage to enroll in and retain insurance. read more 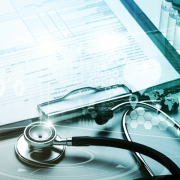 New York regulators on Wednesday approved a slate of health insurance rate increases for next year, covering individual market and small group plans in the state.

In most instances, the Department of Financial Services approved far smaller rate increases than had been sought by health insurance companies.

Officials announced they had reduced individual market rate hikes by 48%; for small group market plans officials reduced requested increases by 52%. The reductions are expected to save about $800 million in costs. Some companies initially sought rate increases of more than 40%, were significantly reduced. read more 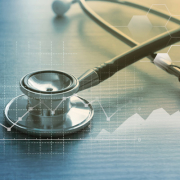 An analysis of the 2008 Oregon Medicaid lottery revealed that after three months, for every nine adults enrolled, one additional eligible child was also enrolled in the program — underscoring the magnitude of the “woodwork effect” on insurance enrollment.

Findings were published in the American Economic Journal. The “woodwork effect” is a term used by analysts to describe how individuals eligible for benefits may come “out of the woodwork” to claim certain benefits. read more 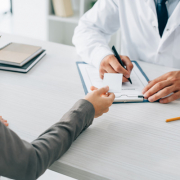 About half of Americans receive health coverage through employer-sponsored health insurance (ESI). While satisfaction with employer-sponsored insurance is generally high, premiums for that coverage have risen faster than workers’ wages over the past five years. Cost sharing is also increasingly placing a financial burden on workers and their families. According to a 2019 survey conducted by the Kaiser Family Foundation and The Los Angeles Times, 2 in 5 adults enrolled in employer-sponsored coverage reported difficulty affording health care or insurance costs. Half of those who struggle to afford health care costs reported delaying their or a family member’s needed care or medication due to cost. read more 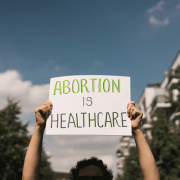 Will your health plan pay for an abortion now that the U.S. Supreme Court has overturned Roe v. Wade?

Even before the June 24 ruling, insurance coverage for abortion varied widely. Now the issue is even more complex as states set varying rules — about half are expected to limit or ban abortion in almost all circumstances.

To be clear, though, the question of whether an insurance plan covers abortion is not the same as whether abortion is allowed in a state. Coverage issues are more complicated and governed by a wide variety of factors, including the level of abortion access a state allows. read more 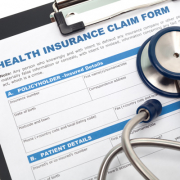 Consumers, employers and just about everyone else interested in health care prices will soon get an unprecedented look at what insurers pay for care, perhaps helping answer a question that has long dogged those who buy insurance: Are we getting the best deal we can?

Starting July 1, health insurers and self-insured employers must post on websites just about every price they’ve negotiated with providers for health care services, item by item. About the only exclusion is the prices paid for prescription drugs, except those administered in hospitals or doctors’ offices. read more 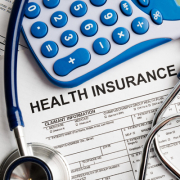 Even when Roe v. Wade was in effect and women had the legal right to an abortion no matter where they lived in the U.S., health insurance coverage of the procedure was limited.

Many states restrict what plans can cover, and a decadeslong national law bans the use of federal funds for abortions, meaning that women on Medicaid and Medicare were often not covered when it came to pregnancy terminations.

With abortion now expected to be prohibited in at least half the states after the landmark decision protecting women’s right to an abortion was overturned by the Supreme Court last week, coverage will only become rarer, experts say. read more 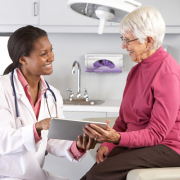 “Our results confirmed our hypothesis that Annual Wellness Visits are associated with a reduced risk of major lower-extremity amputations, highlighting the importance of connecting patients to preventive care services,” study author Jennifer Lobo said in a University of Virginia news release. She’s a researcher in the university’s Department of Public Health Sciences.

Lobo and her colleagues analyzed 2006-2015 data on Medicare recipients in the so-called “Diabetes Belt:” 644 U.S. counties in the South and Mid-Atlantic states with elevated rates of diabetes. read more 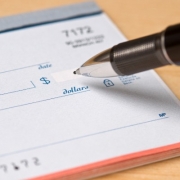 Private insurance companies are also expected to dole out $2.1 billion in rebates to more than 10.7 million policyholders this fall, according to analysis from the Kaiser Family Foundation. That sum will be the second-highest amount ever issued under the Affordable Care Act (ACA) after last year’s record-breaking $2.5 billion in refunds. 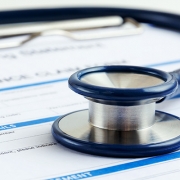 Global insurance broker Hub International Limited has announced the rollout of a new digital platform for transactional insurance. HUB’s new transactional lines offering will allow clients to connect to a comprehensive set of insurance products and expertise through a digital customer experience. New key hires will also accelerate the transactional digital experience and expand HUB’s consumer reach through a network of partnerships, the company said.

“HUB is focused on building a digital ecosystem that delivers a comprehensive set of proprietary transactional products that meet our clients’ insurance needs today while providing proactive guidance that deepens our relationships with them and anticipates their needs tomorrow,” said Marc Cohen, president and CEO of HUB.