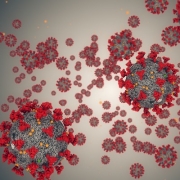 Unlike the federal government and other states, New York is the only state to explicitly say it only counts residents who died on nursing home property from coronavirus in its count of nursing home deaths. Those who were transported to hospitals and died there are added to a separate count.

Cuomo explained that if the state were to count a death as a hospital death and a nursing home death it would lead to a “double count.”