Blog - Latest News
You are here: Home / Around the Web / Patient Care / Electronic Prior Authorization is Catching On 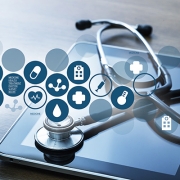 Most providers absolutely dread prior authorization. It adds to administrative work and may seem to stand in the way of good patient care. But for payers, “prior auth” is among the sturdiest, sharpest tools in the managed care toolkit because it gives them a way to control costs and steer physicians toward cost-

Could electronic prior authorization (ePA) bring the two sides together?

“Prior authorization has not changed much in the last five years, but we have seen a shift in the method in which prior authorization requests are submitted,” says Caitlin Graham, vice president of Core Network, a division of CoverMyMeds, a healthcare technology company in Columbus, Ohio, owned by McKesson Corporation. Traditionally, the prior authorization process has been cumbersome, with providers and health plans exchanging phone calls and faxes, says Graham. It is a time-intensive process (Graham puts it rather mildly) that places a burden on pharmacists, providers, health plans and, most critically, the patient who is waiting. As ePA software becomes more accessible to providers, the hassle and wait time for prescriptions may be declining — assuming that providers are ready and willing to use the new technologies.