Blog - Latest News
You are here: Home / Around the Web / Safety & Quality / Hospital Celtics Back in Full Force As 4 Players in Health, Safety Pro... 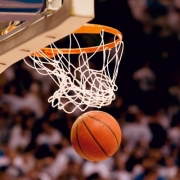 The Boston Celtics may find themselves even thinner than they have been lately, with news that several players will likely miss Friday’s game with the Washington Wizards due to the league’s health and safety protocols, per ESPN’s Tim Bontemps.

The ESPN writer shared in a tweet that much of the team’s frontcourt in big men Tristan Thompson, Robert Williams III and Grant Williams will be questionable to the status frequently bestowed on players sitting for contact tracing purposes, as well as reserve guard Carsen Edwards. The situation will leave just center Daniel Theis and two way big man Tacko Fall as the team’s only likely traditional bigs.

What’s Next for Senior Tech? 5 Insights From The Thrive Center
Scroll to top