Blog - Latest News
You are here: Home / Around the Web / Pharma / ‘I Don’t Think It Goes Away’: Pharma Experts Weigh in on The Next 4 Yea... 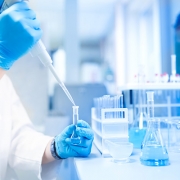 Results from Tuesday’s presidential election remain unclear — but that didn’t stop a panel of experts from trying to parse the consequences for the pharmaceutical industry.

At a virtual event hosted by the Massachusetts trade group MassBio Thursday, three panelists were skeptical that either potential president would immediately push aggressive drug pricing legislation. But no one assumed the election would end the issue, either.