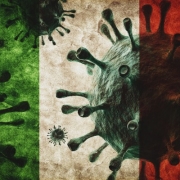 ROME (Reuters) – Local Italian leaders reacted with dismay and anger on Thursday after the government singled out some regions for tougher restrictions than others in the renewed battle against a burgeoning coronavirus.

Prime Minister Giuseppe Conte announced on Wednesday that four areas, including Calabria in Italy’s southern toe and the country’s most populous region Lombardy, had been designated as red zones which will face a partial shutdown.

Two other regions were branded as orange zones, which means they will be hit by less stringent curbs, while the remaining 14 regions were placed in a yellow band with only light limits.