Blog - Latest News
You are here: Home1 / Around the Web2 / Hospitals3 / L.A. Has Avoided A New York-Level COVID-19 Hospital Meltdown as Conditions... 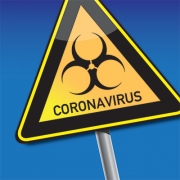 Just weeks ago, Los Angeles County’s hospitals were overwhelmed and on the brink of a worst-case catastrophic scenario, with plans ready if doctors needed to ration healthcare.

But with the region now in its fourth week of declining hospitalizations, it was clear Wednesday that the county was decisively on its way out of its third surge of the pandemic, its deadliest yet.

Yes, hospitals this week are still under pressure — scheduled surgeries are still suspended, and there’s still a shortage of medical staff, with hospitals relying on nurses drafted from clinics, contract agencies and the federal and state governments. L.A. County’s hospitals are still under great strain, with nearly three times as many COVID-19 patients as it did during the peak of the summer wave. The state has opened up two surge hospitals — in Sun Valley and Hawaiian Gardens — that have been used to relieve the strain on other facilities.