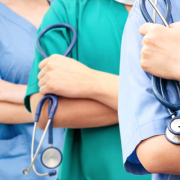 In the wake of the Supreme Court’s decision to overturn the constitutional right to an abortion, the nation’s largest nursing union is calling on Congress to pass the Women’s Health Protection Act (WHPA).

The National Nurses United (NNU) urged the Senate in a letter Tuesday to pass the bill and “take a stand for reproductive health justice.” The WHPA would codify the federal right to access abortion and other protections established by Roe v. Wade, the 1973 landmark decision that the Supreme Court reversed in June. read more

Shortages from syringes to dye for diagnostic exams: How world events are straining...
Scroll to top