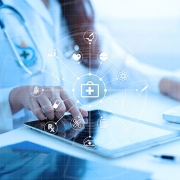 LONDON–(BUSINESS WIRE)–Lumen, a health technology company at the forefront of metabolic health, has uncovered new data that reveals how training your metabolism is the greatest contributor to sustainable health and weight loss, not crash dieting.

The data analysis is based on 1 million metabolism measurements throughout 2020, as Lumen data scientists have discovered that metabolic flexibility, or the body’s ability to efficiently switch between carbs and fats as an energy source, is the key to optimal health.

By focusing on optimising their metabolism, users were able to increase metabolic flexibility by 33%. Two-thirds also reported losing weight at a rate of 2 pounds per week on a consistent basis.

On the nutrition end, users successfully completed an average of 12 hour fasts and mostly followed their personalised nutrition plan according to what their metabolism measurement prescribed. The top 2% were able to start their day in a state of burning fat for 4 consecutive days. Naturally, users also became more active and completed an average of 1000 more steps a day, and slept at least 7 hours.

Economic Forecast: In Order For The Biotech Industry To Move Forward it Must...
Scroll to top