Blog - Latest News
You are here: Home1 / Around the Web2 / Nursing3 / Newly registered nurses being ‘othered’ in practice by colleagues 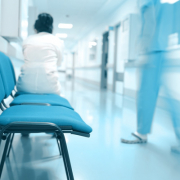 Joanne Bosanquet, chief executive of The Foundation of Nursing Studies, said NRNs had faced exclusionary behaviour for too long and that this now needed to be addressed.

Ms Bosanquet brought the issue to the spotlight over the weekend with a post on Twitter which received wide interaction from the nursing profession.

She wrote: “I’ve just had a heartbreaking conversation with an early career nurse who I’ve known since she was 12, still in preceptorship phase who is being #Othered by the ward manager, deputy and matron (all mates BTW). I am so angry. This is not uncommon.” read more