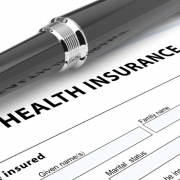 Job changes caused by the pandemic meant people who normally relied on employer-sponsored insurance needed a new way to get coverage.

It’s shaping up to be another record year in Florida for Obamacare sign-ups.

Open enrollment wrapped up on Tuesday.

The Centers for Medicare and Medicaid Services has not released the final numbers yet, but as of the fifth week of enrollment, 1,119,200 Floridians had signed up for health insurance plans on the Affordable Care Act marketplace.

Movement is Medicine: The Benefits of Exercise and Mental Health
Scroll to top