Blog - Latest News
You are here: Home1 / Around the Web2 / Pharma3 / Pharma company seeks to make its birth control over-the-counter in US 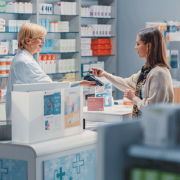 Washington (AFP) – In a first, a pharmaceutical company applied Monday for US approval to make its birth control pill available over-the-counter, weeks after the US Supreme Court overturned a federal right to abortion care.

HRA Pharma, a subsidiary of Perrigo, said in a statement it was seeking the switch away from prescription-only for its product Opill, a progestin-only daily birth control pill — also referred to as a mini pill or non-estrogen pill.

Over-the-counter (OTC) birth control has long been backed by major medical organizations as a way to reduce barriers to contraception access.

The timing of the application — which comes amid a wave of state-level restrictions and bans on abortion following the top court’s ruling — was “coincidental,” according to an HRA spokeswoman, who said the company had been compiling research for its application for the past seven years. read more