Blog - Latest News
You are here: Home1 / Around the Web2 / Biotech3 / Research Shows Stem Cells Might Become a Game Changer for Multiple Scl... 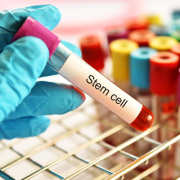 Multiple sclerosis, an unpredictable neurodegenerative disease that impacts the brain and spinal cord, has been an enigma for researchers for years. Despite first being identified in the late 1800s, scientists are still scratching their heads about what causes the disease.