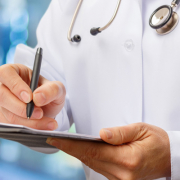 Local doctors are outraged over a proposal from Santa Clara County to tie some of their pay to the number of patients they see.

The physicians from three county-owned hospitals say the model will hurt patients and quality of treatment. Nine doctors from Santa Clara Valley Medical Center gathered in front of the county offices Tuesday to sound the alarm on the new pay program.

The new compensation plan, which is still short on details, is the county’s response to the physicians’ demands for higher pay to help recruit and retain doctors. Roughly 80% of physicians in Silicon Valley earn more than those working at the county hospitals, according to an analysis by the doctors’ union. This has resulted in retention issues, longer workdays, and more clerical responsibilities for doctors, union members said. read more