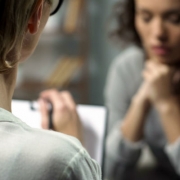 The Department of Homeland Security announced in 2019 that it would expand the definition of “public charge” to be applied to people whose immigration could be denied because of a concern that they would primarily depend on the government for their income.

In the past, that was largely based on an assessment that an immigrant would be dependent upon cash benefits. But the Trump administration proposed to broaden the definition to include non-cash benefits, such as Medicaid, supplemental nutrition aid and federal housing assistance.