Blog - Latest News
You are here: Home1 / Around the Web2 / Pharma3 / Teva Pharmaceutical Will Pay Over $4 Billion in Opioid Settlement 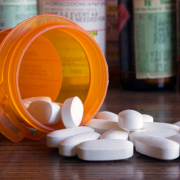 Teva Pharmaceutical Industries Ltd. said it had agreed to pay more than $4 billion to resolve thousands of lawsuits filed against the drugmaker by state and local governments over its highly addictive opioid painkillers.

The Israeli drugmaker said Tuesday it reached a tentative deal to pay $3 billion in cash and $1.2 billion in donated overdose-fighting drug Narcan to resolve the claims. Native American tribes would also receive $100 million. The company said the total included $650 million it had committed in previous settlements. The deal would be paid out over 13 years, if finalized. read more