Blog - Latest News
You are here: Home / Around the Web / Biotech / This Tiny, One-Drug Biotech Company is The Loudest Critic of Trump’s N... 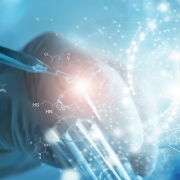 WASHINGTON — A tiny biosimilar company called Coherus Biosciences is emerging as one of the loudest critics of President Trump’s plan to tie what the U.S. pays for pricey injectable drugs to what other countries pay.

In the three weeks since the Trump administration unveiled the controversial policy, the company has had roughly a dozen conversations with Trump administration officials, inserted itself into the ongoing lawsuit against the policy filed by the Biotechnology Innovation Organization, and already filed sharply worded comments on the regulation — six weeks ahead of the official deadline.

Moderna’s COVID-19 Vaccine Could Get FDA Authorization Today, with Distribution...
Scroll to top