Blog - Latest News
You are here: Home1 / Around the Web2 / Business3 / Walmart bringing more emerging brands to its shelves 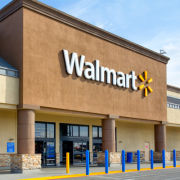 BENTONVILLE, ARK. — Hundreds of entrepreneurs met with merchants in June during Walmart’s largest annual sourcing event. More than 330 pitches resulted in a business deal, and an additional 280 products may eventually land on shelves at Walmart and Sam’s Club stores or online at Walmart.com.

Walmart’s Open Call event is part of the retailer’s commitment to invest $250 billion over 10 years on products made, grown or assembled in the United States, a milestone already reached since announcing the effort in 2013. Last year, Walmart pledged to spend an additional $350 billion on such products by 2031. read more

Director of new pandemic institute urges government to prepare UK for next ...
Scroll to top