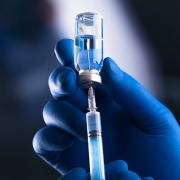 LANSING — Gov. Gretchen Whitmer on Tuesday urged Michigan residents to get the flu vaccine to ease the load on the health system if there is a surge of coronavirus cases during the fall and winter influenza season, announcing the state wants at least 1 million more people vaccinated.

She received a flu shot during a news conference to “show how easy it is.”

More than 3.2 million of Michigan’s 10 million residents were vaccinated against the flu last season. The state’s goal is to increase that number by a third, to 4.3 million. It announced an advertising campaign that will begin next week, and hospitals and community health centers said they will boost their own efforts to encourage flu vaccinations.

How Obamacare Helped Millions Who Lost Their Jobs During Covid-19, in 3 Cha...
Scroll to top