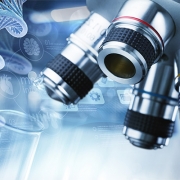 The Nobel Prize got Wall Street’s attention. On Oct. 7, the Swedish Academy awarded 2020’s Nobel in chemistry to two scientists for the development of Crispr-Cas9—a molecular scissors that can find and edit almost any sequence in a cell’s DNA. The 2012 discovery by Emmanuelle Charpentier and Jennifer Doudna had been commercialized with rare speed, and the Nobel was a boost for three companies founded to develop Crispr gene-editing therapies: Crispr Therapeutics,Intellia Therapeutics,and Editas Medicine.The three gene-editing stocks have more than doubled in the past few months, reaching a total market value above $23 billion.